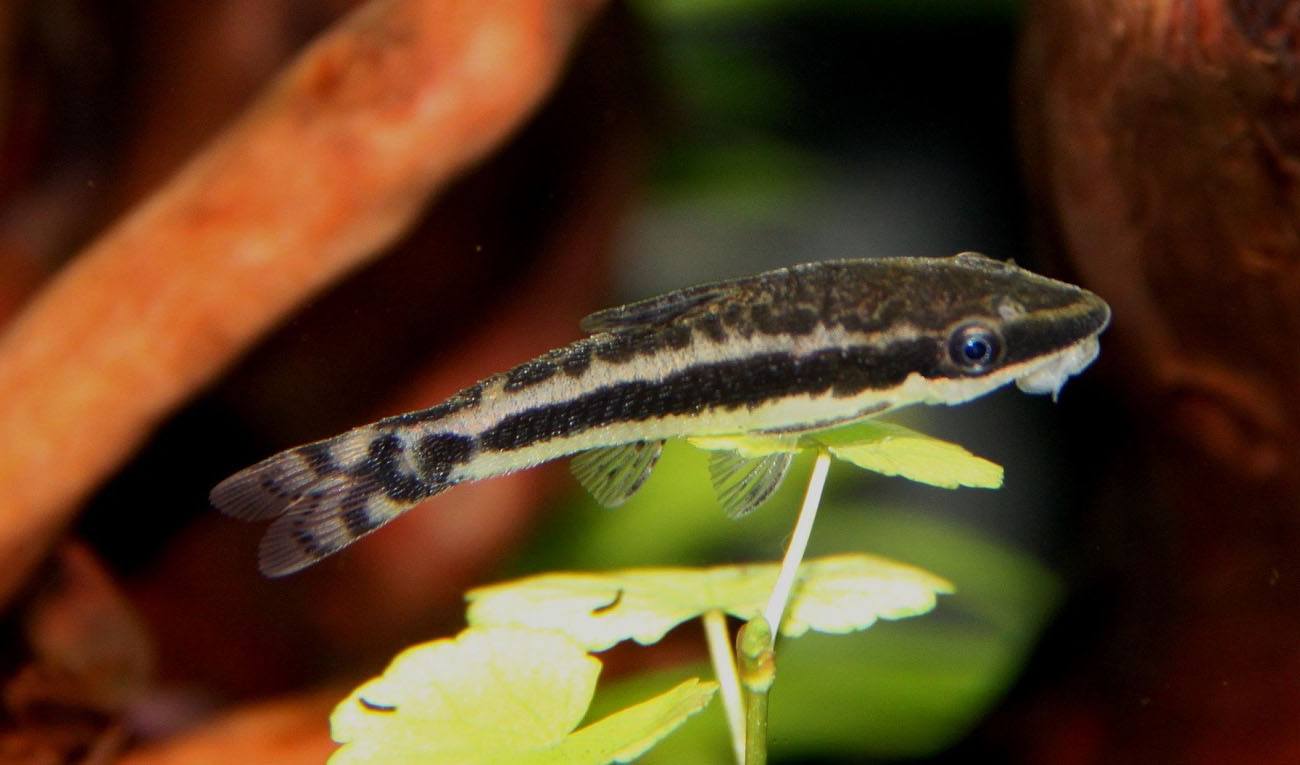 Hardiness: Medium. May be difficult to acclimatise initially. They are frequently reported to die for no apparent reason after adding to a new tank.

Aggressiveness: Peaceful. Do not combine with large aggressive fish

Distribution: Southeastern Brazil, in the region around Rio de Janeiro.

Diet: Herbivore. They are algae eaters and can be feed vegetables and food made for algae eaters. If algae are not present in the tank, supplement with a vegetable-based flake or wafer food.

The Otocinclus affinis, also known as Otocinclus catfish or simply Oto cat is a small south American fish native to Brazil where it can be found in heavily vegetated streams and rivers.

According to many, the Otocinclus catfish is the perfect algae eater and this is probably one of the reason why it became so popular over the years. The Otocinclus catfish makes a great addition to the community aquarium. During the day, these fish usually rest on a leaf or stick to the glass of the tank. They become more active during night time. It is an elongated fish with a slightly curved back and a flat belly. The belly is white or a cream color and the upper part of the body is gray-golden with a distinctive dark stripe running down the sides from the mouth to the tail.

Otocinclus catfish can easily be confused with Otocinclus vittatus and Otocinclus hoppei. Many fish store will not make the difference between the three species. There are 3 keys to determine if your Otocinclus is really O. affinis:

As said above, the Otocinclus catfish is herbivorous which makes it a good algae eater. Unfortunately, they don’t eat all kinds of algae: they only eat soft green and brown algae, nothing else. Algae are very important for the Otocinclus catfish so make sure there is enough in your tank before you buy one. Without algae, the Otocinclus will starve and die. A solution would be to supplement their diet with vegetables such as zuchini and lettuce.

The ideal aquarium should be heavily planted with very clean water. They are shy schooling fish so make sure to keep them in small group (3 or more) and to provide plenty of hiding places where they can hide from other fish.

Ideally, the water temperature should be between 75°F and 79°F (24-27°C) the pH should be somewhere around 6.8-7.5 and KH at 6-10. A good filtration system (peat can be used), oxygen and water movement are quite important to recreate their natural environment. Some floating plants can be added to create shading areas.

When buying an Otocinclus catfish, it is very important to make the trip home as quick as possible and to acclimate the fish very slowly. Also, make sure their water is free of poisonous ammonia and nitrite. This will increase the chances of survival. 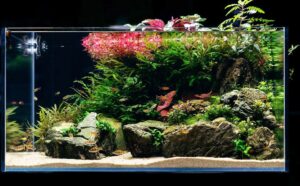