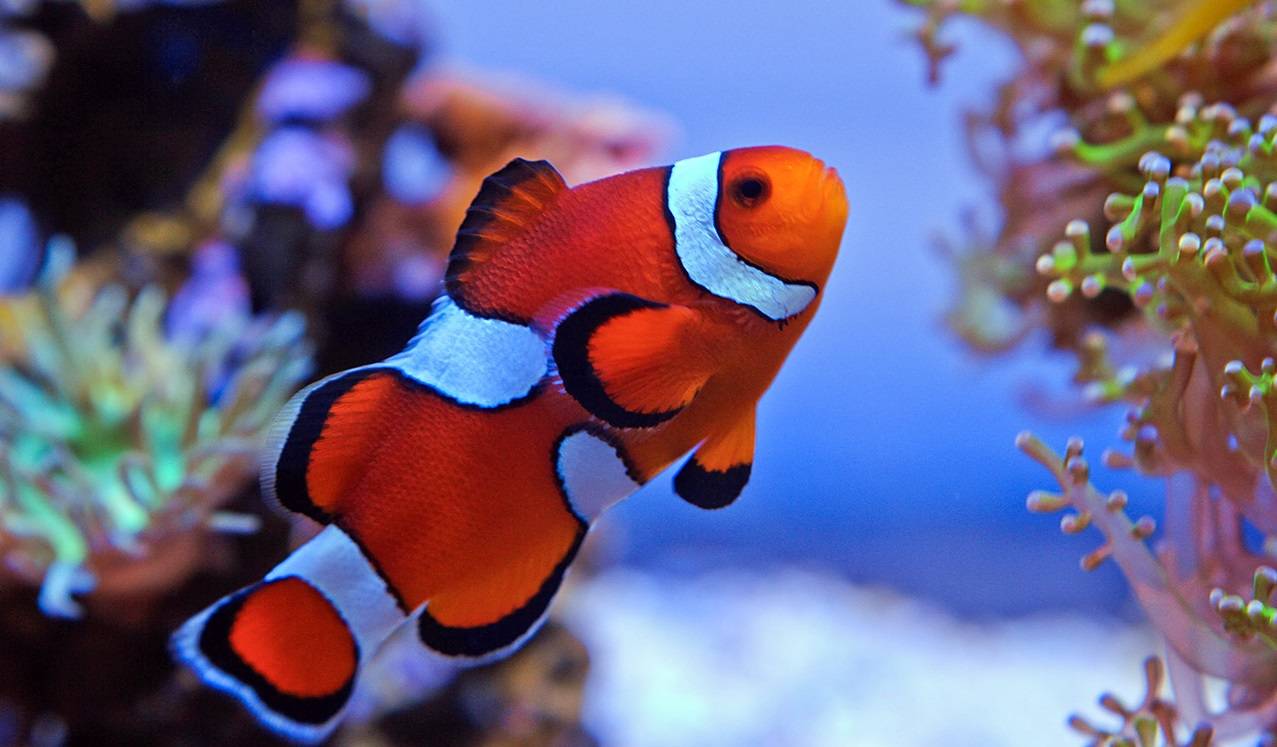 Designer clownfishes have become very popular in the saltwater aquarium hobby, and misbar clownfishes are the least controversial of these aquacultured fishes. The Ethics of Selective Breeding in the Marine Aquarium Industry

There is debate amongst aquarists about the ethics behind selectively breeding fishes with the intent of cultivating an abnormality. The debate heats up when more aggressive selective breeding techniques are employed such as chemically treating a fish’s eggs, forcing unrelated species to cross breed, or manipulating the water parameters for a desired effect. The results of such selective breeding are often fishes that look nothing like their wild ancestors, and it is unlikely that these selectively bred fishes would survive if released into the wild.

In the case of the misbar clownfishes, there is not much serious ethical debate. Most people seem to agree that there is a place for misbar clownfishes in the hobby, especially since the misbarring happens in the wild without any aggressive selective breeding techniques. It’s interesting to note that while misbarring can certainly be the result of manipulating the fish’s environmental conditions, it is also possible that it is genetic.

Nonetheless, there are those who believe that aggressive culling is the only appropriate choice when captive breeding results in any inferior abnormality. An “inferior abnormality” may be defined as any difference from the species’ natural form. Consequently for some, even misbar clownfishes have no place in the hobby.

Just like any other issue in the marine aquarium hobby, the educated hobbyist is the better hobbyist. Moving forward, hobbyists will need to use their knowledge and personal philosophies to inform their purchasing decisions. In regards to designer fishes and aquaculture, the purchasing power of the individual hobbyist can and will shape the role that captive breeding plays in the future of the hobby.