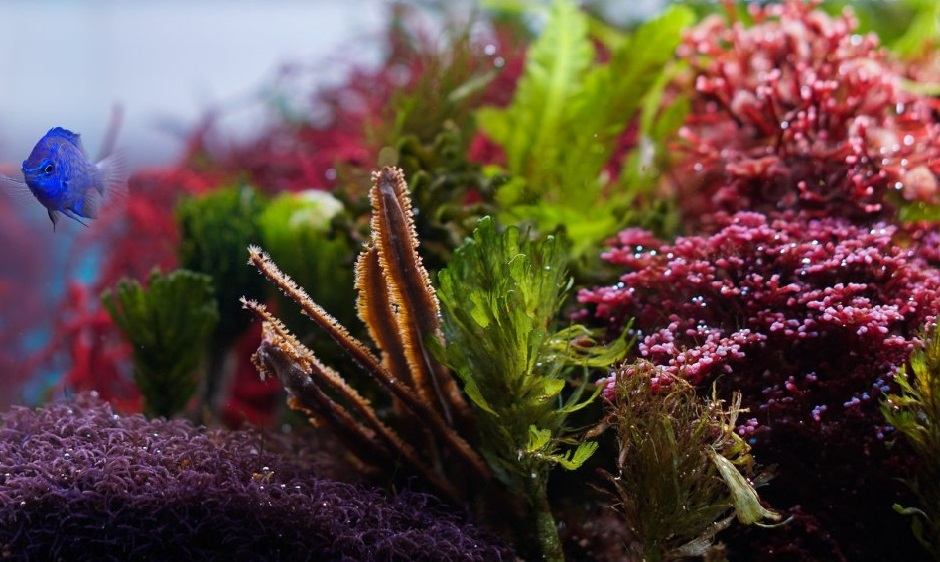 Can I use macroalgae, such as Caulerpa and Cheato, in a mini reef aquarium?

Q. I am cycling a 10-gallon aquarium I plan on using as a mini reef aquarium. Is the aquarium large enough for the macroalgae of my choice? The people at my local fish store said macroalgae are important, but my nano reef aquarium will be too small for any. Is that true? If I can keep these macroalgae, how do I grow and maintain them?

Most species of macroalgae are far less particular about water conditions than the many corals and invertebrates that aquarists house in nano aquaria. There are many aquarists who utilize macroalgae in reef aquariums smaller than yours and have had good success using them to control nutrient levels. Macroalgae can be an invaluable tool in any reef aquarium; however, they must be properly pruned.

Macroalgae, like most algae, require water and light to flourish. Unlike most marine algae, which are a nuisance to the aquarist, macroalgae are pickier about where they will flourish and, depending on the species, may require certain water parameters. Caulpera is one of the more popular macroalgae, although using this species does present some risk. If it’s overgrown or doesn’t receive enough light, Caulpera can release nutrients that cause a milky color. Often, vigorous water changes and the use of activated carbon are required to control this. In an aquarium as small as 10 gallons, one of these occurrences could spell disaster, especially if you were away when the activity took place. Many people utilize Caulpera to great effect, but this is done in either a refugium or sump and not in the main display aquarium. Keeping Caulpera under these conditions allows the aquarist a great deal of flexibility and ease of pruning.

Another issue Caulpera could present in such small confines is quick growth and the smothering of corals. It is vitally important to constantly prune the algae if you elect to use Caulpera.

The macroalgae commonly referred to as Chaeto might be more suitable for your setup. While some aquarists argue that Chaeto lacks the high-speed nutrient assumption ability of Caulpera, it doesn’t pose the risk of releasing nutrients and might make for a more suitable species in a nano aquarium. Many people who have great success with macroalgae utilize 24/7 lighting profiles, although I think you would achieve adequate results using a quality light for an eight to 10-hour lighting schedule.

Implementing any species of macroalgae in such a small aquarium is assuming some risk and going to require diligent maintenance to achieve long-term success. Once these plants get going, they can oftentimes dominate, which is why many aquarists use them in a separate place other than the main aquarium. You can achieve the same water quality effect of macroalgae by changing the aquarium’s water regularly. Many aquarists change the aquarium’s water twice a month. However, considering the small size of your aquarium, you could change the water weekly or twice a week and only change 25 percent of it. If you combine this maintenance routine with a good quality protein skimmer, you may not need macroalgae.

Growing and maintaining macroalgae is rather simple. Once your aquarium has completed the nitrogen cycle – meaning the nitrite and ammonia levels are down to 0 – add the macroalgae and provide them with light. While some minimal die-off may occur within a few weeks, the algae should begin flourishing if given proper water chemistry. 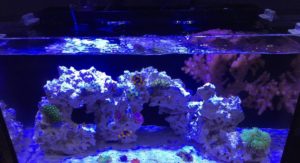 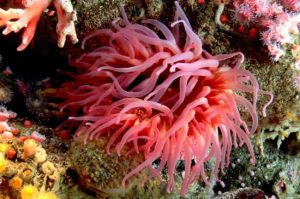 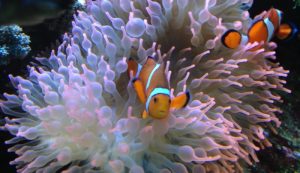 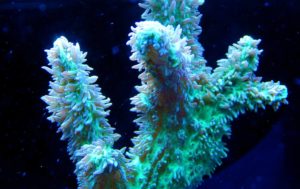 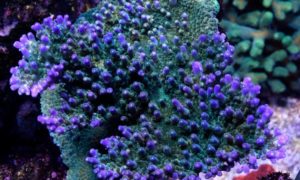 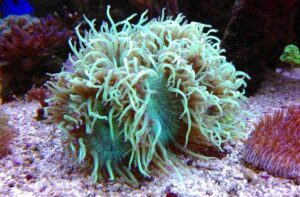