Keeping and Breeding Frogs in Ponds 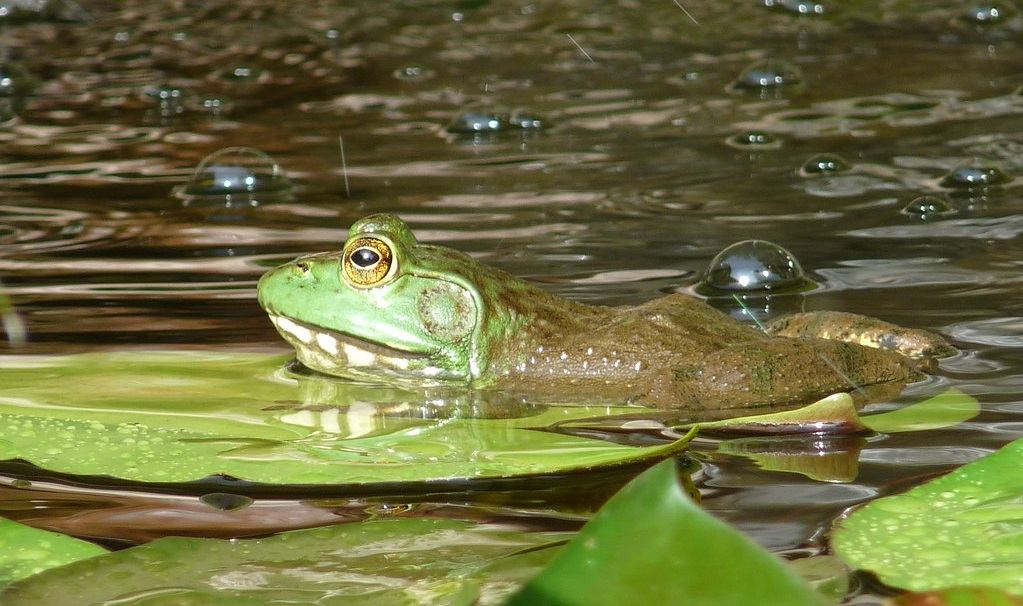 Q. We installed a small garden pond, about 1000 gallons (3800 liters), last spring. Because our main interest is water gardening, the pond is heavily stocked with plants. Two waterlilies have spread out over most of the surface. Japanese iris and pickerelweed surround the sides. Large clusters of hornwort and elodea cover the pond bottom. We have just three goldfish in the pond.

This may sound idyllic, but we do have a problem. We cannot seem to keep frogs in our pond! We go down to the local stream, catch a few, and put them in our pond. The next day they are all gone. We would really like to have frogs in our garden pond. Otherwise, it doesn’t seem natural. Can you help?

Q. Help! I cannot keep frogs out of my pond. Even worse, each spring there are tadpoles everywhere. They eat the fish food and I imagine they eat the goldfish fry too. I’ve netted the frogs and tadpoles and dumped them in a nearby lake, but they just keep coming back. I have tried everything to get rid of them, but nothing works. My pond holds 1500 gallons (570 liters). There are a dozen oranda goldfishes in it, a waterlily, and a variety of other pond plants.

I am interested in breeding goldfish, but I am afraid that these frogs and tadpoles are ruining my opportunity. In addition to eating the fry, I have heard that these animals can introduce parasites and diseases into my pond. What can I do?

A. It sounds like both problems could be easily solved if you folks swap houses. Seriously, both messages really do pose the same question — constructing an attractive habitat for aquatic animals — but they call for opposite answers. Unfortunately for some pond keepers, it is far easier to get frogs than to get rid of them.

Frankly, frogs are welcome additions to my ponds. They add activity, sound, and a bit of the unexpected to the pond and surrounding gardens. Spring, summer, and fall our leopard and green frogs sprawl lazily on the rocks surrounding the ponds. When guests walk too hurriedly to the pondside to view the koi — kurplunk, splash! — it’s every frog for itself into the water. Late on balmy summer evenings, we are treated to the “snoring” and “clucking” of frog mating calls. And the frogs are pretty good about keeping the insect population down, especially moths.

There is one basic law of frog transplanting: they rarely stay put. Frogs are very mobile and will attempt to migrate back to their home turf. All of my efforts to relocate frogs to my ponds have failed.

A friend of mine claims that if you keep them in captivity for several months they lose their homing instinct. Then if released into a pond they are more likely to stick around. I have not tested this theory myself.

A better strategy is to transplant either some frog eggs or some tadpoles into your pond in the early spring and let them mature there. A single cluster of eggs, or three or four tadpoles should suffice.

Tadpoles can live and grow quite nicely eating algae, decaying plant material, fish food, and other organic debris that is abundant in an established garden pond. I would avoid putting frog eggs or tadpoles into a newly installed pond — wait a year. Also, some tadpoles may take almost two years to mature, so be patient.

Assuming that the pond has 1) good water quality, 2) a large plant community (including surface and shore plants that provide cover and protection) and 3) an ample supply of food, some of the frogs that develop in the pond should stay put. It is next to impossible for hobbyists (and even specialists) to associate a given tadpole with a particular frog species, so you will just have to see what develops.

Sometimes frogs just show up on their own. If you provide a good habitat (intentionally or accidentally) and there are other frog habitats nearby, sooner or later they will come calling. This is how we finally ended up with our croakers: they chose us.

The most effective way to get rid of frogs is to clear all plant material from in and around the pond. This will make the pond unsuitable for most frogs. It leaves them too exposed to potential predators. After a short visit, they will move on.

Frogs and tadpoles have gotten an undeserved reputation from some pond keepers. In particular, migrating frogs have been blamed for all kinds of parasitic infestations in koi and goldfish ponds without the slightest evidence that they were the cause. In most instances the parasite was at home in the pond all along, having arrived with the fish or plants.

Similarly, tadpoles and frogs usually are not to blame for the loss of large numbers of fish fry. Poor water quality, overcrowding, and cannibalization by other fish fry account for infinitely more losses of goldfish and koi spawn than do resident frogs or tadpoles. Large frog species, however, such as bullfrogs and their tadpoles, will eat the fry of fish. 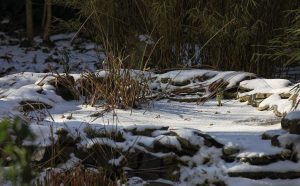 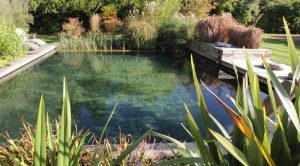 Can I turn my swimming pool into a Fish pond? 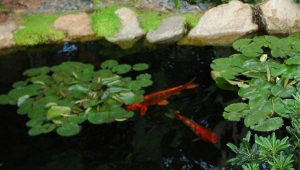 Installing a Biological Filter in a Backyard Pond 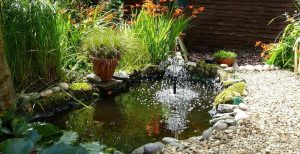 How to Remove Aphids from Pond Plants 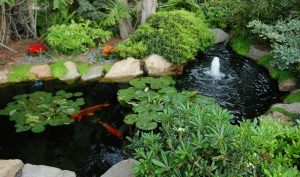 10 Oxygenating Pond Plants and Tips on Keeping Them 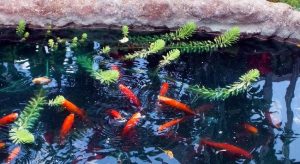 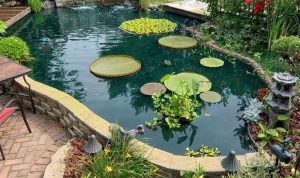 How to Build a Koi Pond

How to Change Pond Water

How to Clean Clogged Pond Sump Pumps and Filter Screens 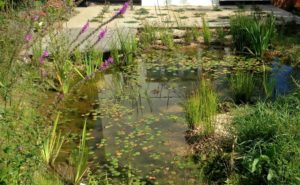 10 Ideas for creating a Natural Pond