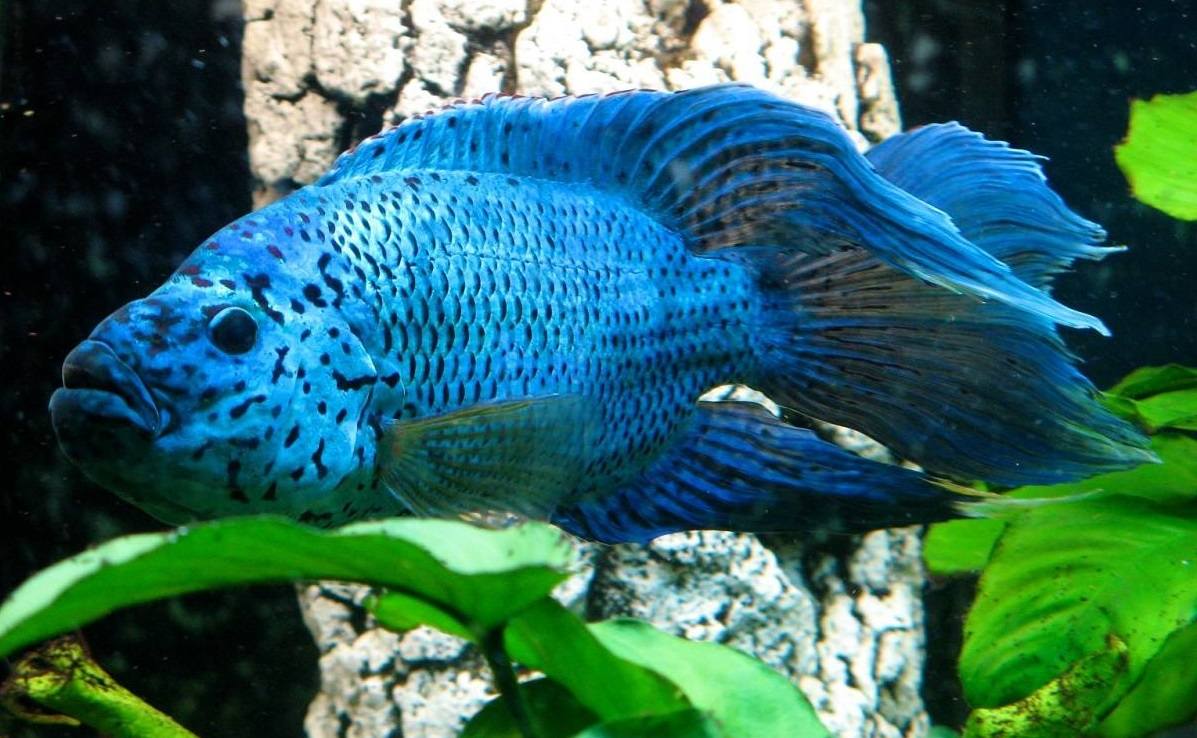 The Rocio octofasciata, or Jack Dempsey cichlid, is a freshwater fish native to slow-moving waterways in North and Central America. The Jack is common in swampy, warm sand-bottomed canals, drainage ditches, and canals in Guatemala, the Yucatan, Honduras, and Mexico. Possibly through aquarium escapes, the Jack species has a growing population in the United States, Thailand, and Australia (source).

Named not only for its aggressive nature when its territory is threatened but also for its distinctive features the Jack is named for famed boxer Jack Dempsey. The full grown Jack Dempsey can reach up to ten inches long.

Along the sides of the Jack is a series of blue or blue-green dots. The adolescent Jack will have seven to eight pale vertical stripes that fade with adulthood unless the fish becomes excessively stimulated or agitated. A long black horizontal stripe runs from the back end of the gill cover to a black spot on the center of the Jack’s side that is rimmed in yellow.

A spot much like that at the end of the black band is found on the base of the caudal fin. Both the gill and cheek covers are speckled with blue dots. The Jack’s lips are a blue paler than that of the rest of their bodies. Female Jacks have an almost identical other than the overall paleness of the females’ coloration.

A new breed of the Jack Dempsey fish has been discovered that has a genetic mutation that causes it to be a much brighter shade of blue, leading to the new Jack’s distinction as the Electric Blue Jack.

While it will accept all types of food, the Jack is happier when eating live food like shellfish, young platies, or worms. The Electric Blue breed is more delicate and far less aggressive by nature but is less hardy than its regular colored cousin. When I can’t feed them live food, my favorite alternatives are listed below.

Jack Dempsey cichlids prefer a tank no smaller than 48 inches, or 50-gallon tank. As said before, the full-grown Jack can reach 10″ in length.

The water should ideally be kept at a temperature between 77 and 82-degree Fahrenheit. The Jack, however, is a temperature resilient fish and can survive in water as cool as the low-middle sixties.

The water should be medium hard to very hard with a pH level between 7.0 and 8.5. The Jack likes to dish, so a tank with plenty of caves and nooks made of driftwood or rock work is recommended. Several plants anchored to the driftwood will allow you Jack to dig to his heart’s content.

Make sure to use a good filtration system and do frequent water changes. The Jack is a territorial fish and can get aggressive if they feel as though their space is being invaded. Given this territorial nature, a Jack will behave better in a well-populated tank. This is a carnivorous fish. 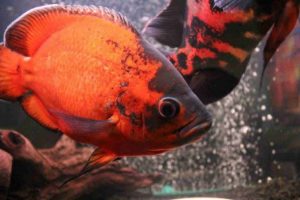 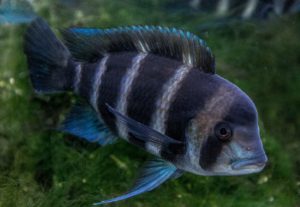 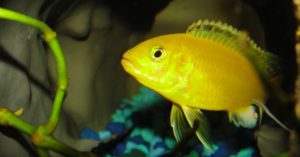 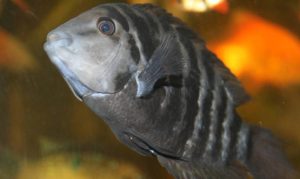 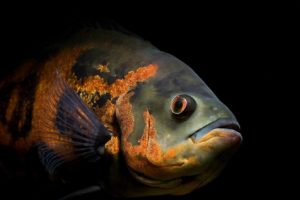 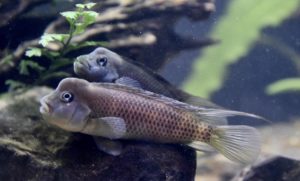 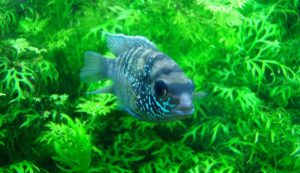