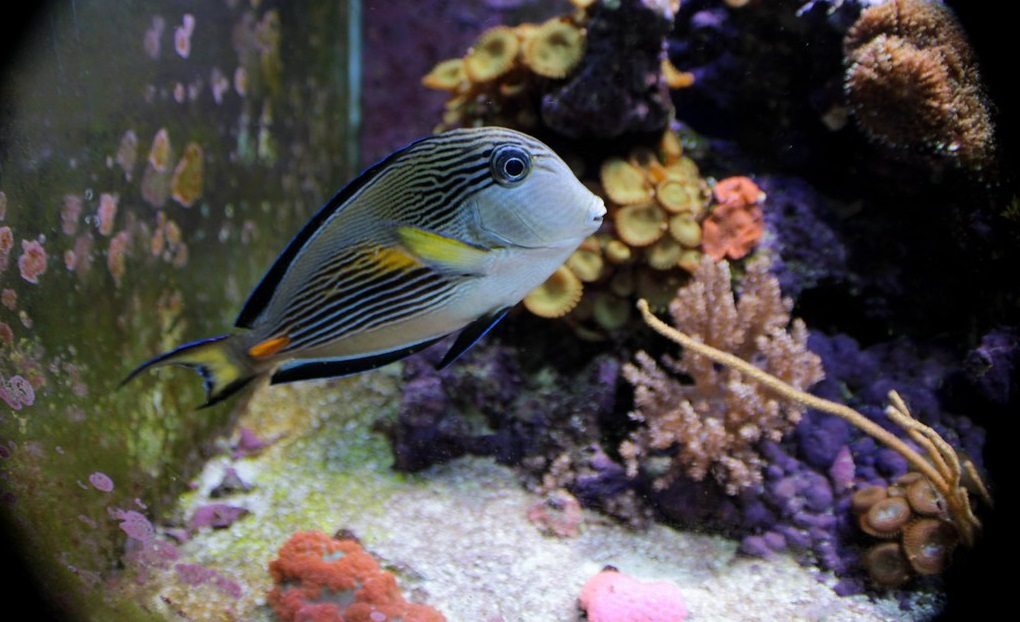 Providing the best conditions for livestock while limiting such debilitating nuisances like diatoms, cyanobacteria, bryopsis, valonia and other forms of microalgae is an ongoing process.

Believe it or not, nitrates are the primary culprit in microalgae growth and outbreaks. However, nitrate reduction doesn’t have to be a time-consuming project requiring advanced calculus formulas or statistical charts and probabilities to be successful.

I will address proven nitrate reduction techniques to make your life a little easier in creating and maintaining a beautiful and successful aquarium.

The nitrogen cycle is a process where a chain reaction takes place with both aerobic and anaerobic bacteria being employed to carry out this important cycle.

The cycle begins with ammonia, which is the most toxic form in the nitrogen cycle. During this stage, most invertebrates, fish and corals could not survive. After a period of time, nitrosomonas bacteria will grow and break down ammonia into nitrites which is still highly toxic in its single form. A new form of bacteria is then established to carry on the cycle. This bacteria is called nitrobacteria and is responsible for breaking down the nitrites in to the least toxic form of the cycle known as nitrates.

Both Nitrosomonas and Nitrobacter bacteria are aerobic forms that require oxygen to carry out the process called nitrification. Once completed, a different group of bacteria must be present to finalize the nitrogen cycle. This last stage is more commonly known as denitrification. This is when anaerobic bacteria break down nitrates into nitrogen gas which ultimately leaves our aquariums into the environment.

This type of bacteria resides in deep sand beds or in areas deep within the porous areas of live rock. They receive what oxygen they need from breaking down nitrates allowing the bacteria to steal oxygen atoms for respiration from the nitrate molecules.

Nitrates can come from a plethora of places, hence the reason so many aquarists experience problems keeping inferior nitrate levels under wraps. Frugal feeding habits when offering frozen, liquid, flake, and Pellet foods are a major culprit as nitrate traps.

Tap water, some synthetic sea salts, congested livestock bio load, insufficient and ineffective filtration, and unsuitable conditions for both aerobic and anaerobic bacteria to grow and thrive can also lead to major implications regarding your nitrate levels.

Now let’s discuss our options towards maintaining a saltwater aquarium where nitrate levels remain under 25 ppm for a fish only aquarium and even less than that for a reef biotope containing SPS corals.

Algae scrubbers provide an extraordinary means of removing excess nutrients in aquarium water. The growth of macroalgae combats nuisance microalgae populations by competing for the same nutrients, such as dissolved organics, nitrates, proteins, and phosphates, as required by micro algae.

Basically, an algae scrubber is nothing more than a device that grows macroalgae in a mat or turf form, where water passes along it long enough for nutrients to be consumed by the macroalgae. It is pertinent to employ moderate to intense lighting when choosing to establish algae scrubber technology to ensure that the growth of the algae is optimal.

Water changes that are performed sooner than later are, yet another way of removing and diluting excess nutrients from aquarium water. By removing and replacing old water with new, you help to remove tannins, waste, chemical bi-products, sexual gametes, undesirable algae spores, and phosphates while replenishing buffers and trace elements and improving water clarity.

Carbon sources such as ethanol found in Vodka, vinegar or sugar can be used to increase bacterial biomass. The increased growth and population of both anaerobic and aerobic bacteria can be implemented through the addition of a carbon source.

The Vodka method has been employed for years with dramatic effects, though care needs to be given when dosing Vodka to avoid overdosing causing oxygen levels in your water to be sacrificed. Administering small amounts of vodka and increasing the amount weekly encourages the growth and population of bacteria safely which ultimately aids in the removal of nitrates and phosphates.

Biological filtration, which employes either a deep sand bed or sand bed with very fine oolitic aragonite sand and ample amount of live rock, will aid in the production and growth of both anaerobic and aerobic bacteria needed to remove the harmful effects brought about by toxic ammonia and nitrites and the debilitating consequences that nuisance nitrates and phosphates facilitate.

Again, I can’t stress enough, the importance of adhering to maintaining either a deep sand bed or a sand bed where sugar sized grains of sand are employed. The reason why this is crucial is to allow, not only, aerobic bacteria to grow but anaerobic bacteria as well due to the impeding of oxygen-rich water to the deeper areas beneath the surface of the substrate.

The same holds true for live rock. Employing substantial amounts of live rock in your main tank, refugium, and sump ensure that sufficient surface area is provided for nitrifying aerobic bacteria and porous areas within the rock suitable for denitrifying anaerobic bacteria growth and population expansion.

Fortunately, their are numerous ways of providing our livestock with an optimal environment in which to thrive, grow, and reproduce. The key to this, however, is to ensure that these guidelines and techniques have been met before your efforts can truly be achieved and realized as a success story in the saltwater aquarium hobby.

Ideal water parameters initiated by the desire to, not only have nutrient-free water but, take steps to ensure that the fundamentals needed to carry out optimal nitrate levels have been achieved, will provide benefits that expand beyond unsuitable microalgae growth on your glass, corals, or rock work. These efforts will provide the framework and guidelines towards generating a truly beautiful, healthy, and successful aquarium. 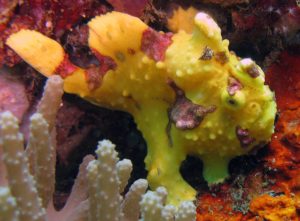 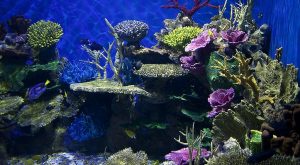 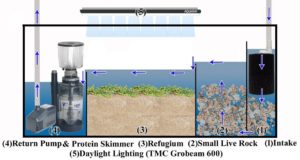 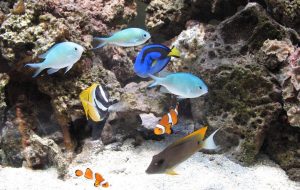 Best Marine Fish Food: What to Feed Your Saltwater Fish