8 Graceful Gouramis for Your Freshwater Aquarium 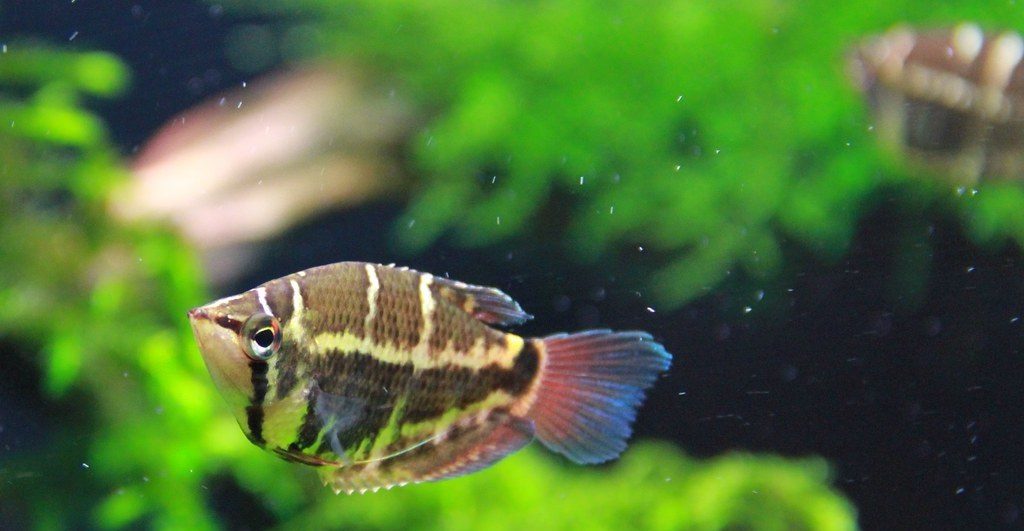 From the tiny sparkling gourami to the mammoth giant gourami there has to be a gourami to please just about everyone. It is certainly true that various gouramis have been the delight of generations of fishkeepers. In the earliest days of the hobby, gouramis survived the rigors of sea travel better than most tropical fish, thanks to their ability to breathe air.

This easy breeding introduced many hobbyists to the sheer magic of being able to observe, at close quarters, the courtship, nest building, egg-laying, paternal care, egg development, and final progress of the fry to the point of becoming saleable or exchangeable.

The following is a list of the most common gourami species I have kept successfully with a brief overview of my experiences and general care. This is not an ultimate list of all the gouramis on the trade, but covers some of the best gouramis one can keep on a tank.

The giant gourami (Osphronemus gorami) is a big fish, although reports of top sizes vary quite considerably. It is generally considered to be fully grown at 23½ inches, but specimens approaching 39 1/3 inches are reported.

The species originated from the Great Sunda Islands but has been widely introduced elsewhere as a food fish. The juveniles offered to fishkeepers from time to time are attractively and vertically striped, but lose these markings as they mature.

Fully grown “pet” giant gouramis can become very fussy feeders, often showing a single-minded preference for one kind of food. They require a good amount of vegetable matter in their diets.

The dwarf gourami (Colisa lalia) is a long-time favorite in the hobby. A sparkling gem would be hard-pressed to compete with the male dwarf gourami. They are very colorful and stay small. The males are some of the most intensely colored wild fish in the freshwater hobby, possibly outshone only by the African killies. This beautiful little fish from India is unlikely to exceed 2 1/3 inches. The female is invariably smaller.

In general, this is a peaceful — even timid — fish, but rogue males can be aggressive and a constant nuisance to some individuals they may take a dislike to. The bubble-nest is usually a fairly compact affair, using plant bits in the construction, helping the bubbles to retain a traditional domed shape. Both the eggs and fry are tiny. Initial feeding is difficult, needing the finest rotifers and infusoria to boost growth to a more manageable size.

There have been many new strains being produced in Asia like the “flame” and “powder blue” gourami. Both of them require the same care as the dwarf gourami though it is said the powder blues are more delicate. They are among the first fish to fall victim to aggressive fish like Leporinus or overly feisty Serpae Tetras (Hyphessobrycon c. callistus).

The pearl gourami (Trichogaster leeri) comes from Malaysia, Borneo and Sumatra. It grows quite large and may achieve 4-5 inches. In spite of its size, this is a very peaceful fish. They are long-lived and make an excellent addition for most peaceful communities.

The male has an elongate and pointed dorsal fin, unlike the shorter rounded fin of the female. Both sexes are dappled with numerous pearly white spots, but the male also has a pleasant orange throat and thorax. This orange area transforms into a wonderful red glow when the fish is in breeding conditions.

The pearl gourami prefers to build its nest within the shelter of surrounding floating leaves, although these are not incorporated into the actual nest structure. The male will guard the nest once spawning is complete, and does not necessarily drive off the female, as commonly happens with other Trichogaster species. Once a pair is “matched,” breeding is usually an easy process. Although reasonably tough and long-lived, the pearl gourami may be easily frightened and needs peaceful surroundings with adequate cover.

The three-spot or blue gourami (Trichogaster trichopterus) originated from Malaysia, Thailand, Mayanyar (Burma), Vietnam, and islands of the Indo-Australian archipelago. As a wild fish, it has a dusky mauve coloring. They are peaceful despite countless remarks saying they aren’t.

The sky-blue fish so familiar to fishkeepers is a refinement of color achieved during captive breeding. The market occasionally sees the wild form, but it lacks the popularity of the beautifully colored aquarium-bred stock.

The blue gourami breeds very freely, making a large bubble nest, free of vegetation in the actual construction but often arranged within the shelter of surface plants. The female has a rounded dorsal fin.

Their behavior varies. Blue gouramis are often content to cavort with each other, leaving their tankmates in peace. However, a lone male will often turn rogue and menace other fish in the community. Similarly, two males may fight or harass one another until dominance is established. The vanquished fish is usually killed.

One of my specimens lived up to the ripe old age (for a gourami) of 7 years despite the fact it was the first fish I ever had. It survived countless problems I encountered and always survived! I have kept them with who knows how many other species of fish and my more recent blue gouramis were no different from the last; long-lived and peaceful to others in the tank. I’ve kept these guys with loaches, Corydoras, angelfish, platys, serpae tetras, giant danios, bettas, all the gouramis mentioned above, and head & tail light tetras.

“Yellow,” “opaline,” and “Cosby” gouramis are all strains of the regular blue gourami and have the same basic temperament

Helostoma temminckii (Kissing Gourami) – Big! They are the biggest type of gourami I have ever kept and also one of the most interesting. They can be slightly aggressive but do no harm to fish like “head and tail light” tetras (Hemigrammus ocellifer) or serpae tetras. They need a pretty big tank.

Macropodus opercularis (Paradise Fish) – Definitely a beautiful fish with many flaming colors. Among the hardiest of fish yet, unfortunately, they have an attitude. They also like their water slightly cooler than most other gouramis. They will do fine with most fish though and thrive in Asian biotope communities with other gourami species, loaches, and danios.

Trichogaster pectoralis (Snakeskin Gourami) – A large species and not very colorful, they are territorial towards their own kind but never attacked any other fishes in the tank.

Trichogaster microlepis (Moonlight Gourami) – One of the most peaceful gouramis. They are very peaceful and relatively shy. The trio I had, actually schooled together despite the fact they were all fully-grown. They are more delicate to ammonia and nitrate/nitrite problems than most other gouramis and sadly I lost two of them in this way despite the fact that no other gourami was negatively affected.

Keeping the Madagascar Lace (Aponogeton Madagascariensis) in Your Tank 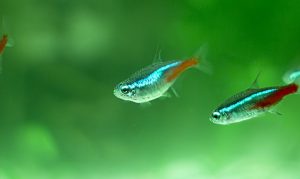 Neon Tetra Disease: What is it and How to Treat It 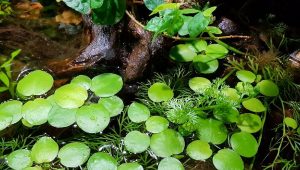 Riparium: How to Make One and Which Plants to Add 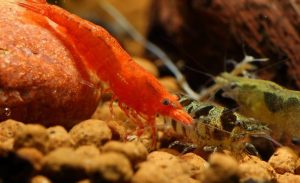 Benefits of Keeping Freshwater Shrimp in Your Tank 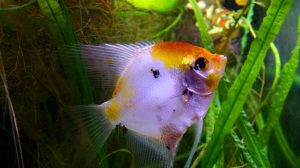 Which Live Plants are Good for Angelfish?