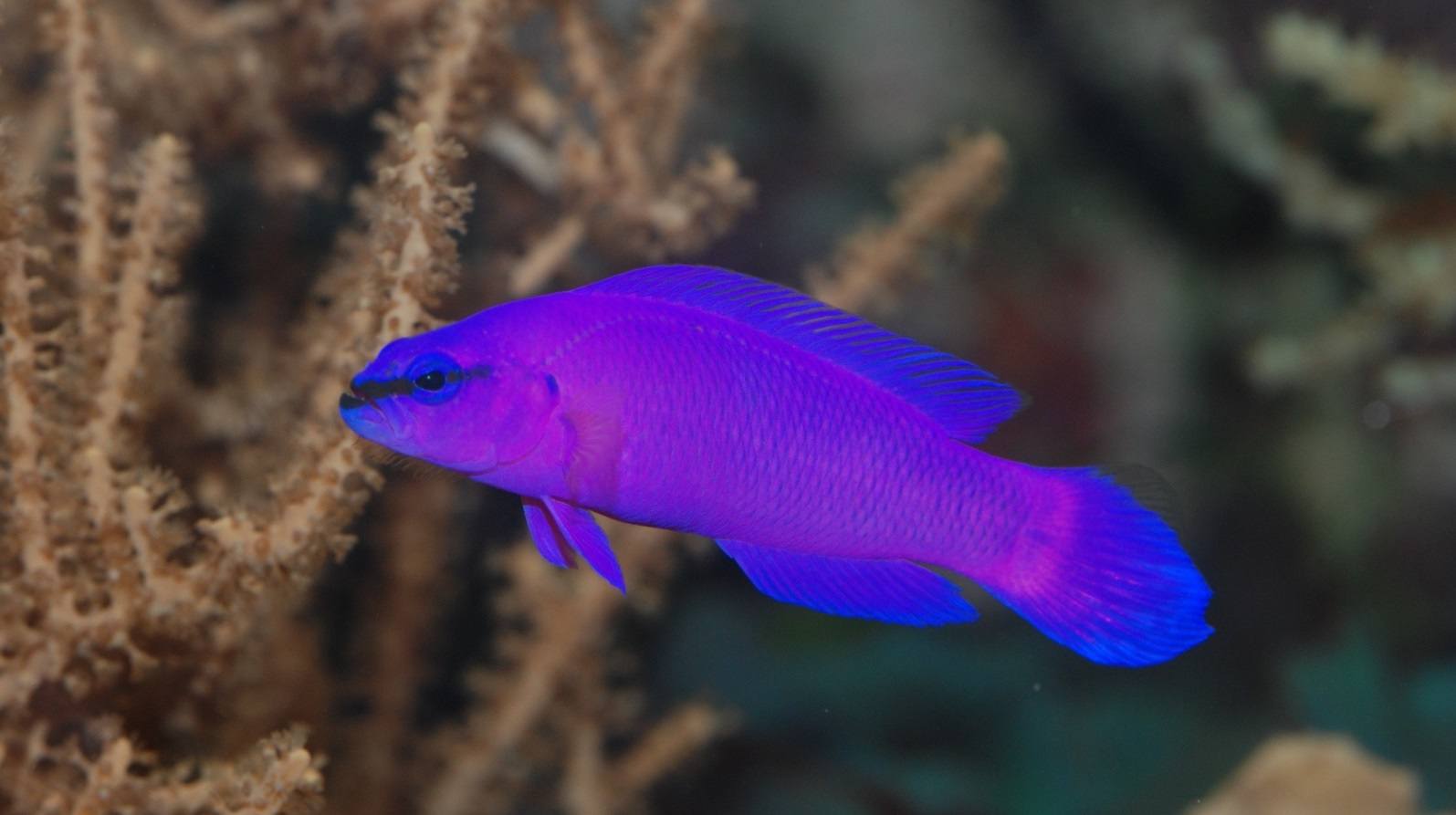 Dottybacks are small, semi-aggressive fishes that are hardy, brightly colored and make excellent species for the small saltwater aquarium. Here are five of the best.

Dottybacks, sometimes called pseudochromis because of their scientific name, are small fishes (under three inches) that make great aquarium specimens for the beginning aquarist. They are hardy and strikingly colorful. Although they have a reputation for being somewhat aggressive, here we look at five of the less aggressive dottybacks that will do well in a small aquarium (30 gallons or so).

While some experienced aquarists will keep small shoals and mix species in a large tank, it is best for the novice to keep only one dottyback per aquarium. Plan on having the dottyback be the smallest fish in the tank or be with other semi-aggressive fishes. Rest assured that even one of these beautifully colored, active fishes will bring your aquarium to life.

While dottybacks are remarkably hardy (especially tank-bred ones), they will do best and show off their richest colors when fed a proper diet and kept in high quality water. Many dottybacks will feed on small mantis shrimp and bristleworms already in the tank, making them welcome additions to a reef. Most individuals readily adjust to a captive diet consisting of finely chopped chunks of meaty foods (e.g. table shrimp, squid, clam, and mussel). Almost all will learn to eat flake, pellet and other commercially prepared foods. Be sure to supplement their diet with some type of herbivore food from time to time. Keep specific gravity high 1.023-1.025, pH in the 8.1-8.4 range and steady, and the temperature somewhere between 75 and 80 degrees and consistent.

In terms of habit considerations, be sure the tank is covered (dottybacks are known jumpers), and provide them with lots of rockwork full of nooks and crannies. If you are going to attempt to keep two dottybacks in a large tank, add them together, and be very vigilant for the first 24 to 48 hours. Be prepared to remove one if undo aggression ensues. Don’t be surprised to see dottybacks chase other peaceful fishes—even some that are twice their size. Once the dottyback establishes its territory, however, aggression should be limited to when the dottyback feels its territory is being violated.

The striped pseudochromis, also known as the sankey’s dottyback, is a fantastic dottyback that was once quite rare. If you are seeking a relatively peaceful dottyback—this species may be the mellowest, although its coloration, in some people’s opinion, pales in comparison to the:

Sometimes called the white bellied red dottyback, this fish is still pretty rare, but if you see one, grab it. Its showy pink coloration, combined with a tall dorsal fin and red accents, is hard to rival in a fish that is so appropriate for the beginner. If pink is not your color though, consider the:

This is a very cool looking, small (to two and one half inches) fish usually collected in the Red Sea. While not a gaudy pink, its dark blue body contrasted with light blue accents on its head and fins is dramatic. This is a commonly available fish—you may also see it called the springer’s dottyback, or the springer’s pseudochromis.

The orchid dottyback, sometimes called fridmani pseudochromis or the friedman’s dottyback, is usually offered as a tank-bred specimen. It has become one of the true darlings of the hobby. Relatively peaceful, very hardy and remarkably colored, this is, to many, the dottyback.

So there you have it–five of the most peaceful, best-looking, hardiest dottybacks appropriate for the beginning marine aquarist. Choose Wisely!