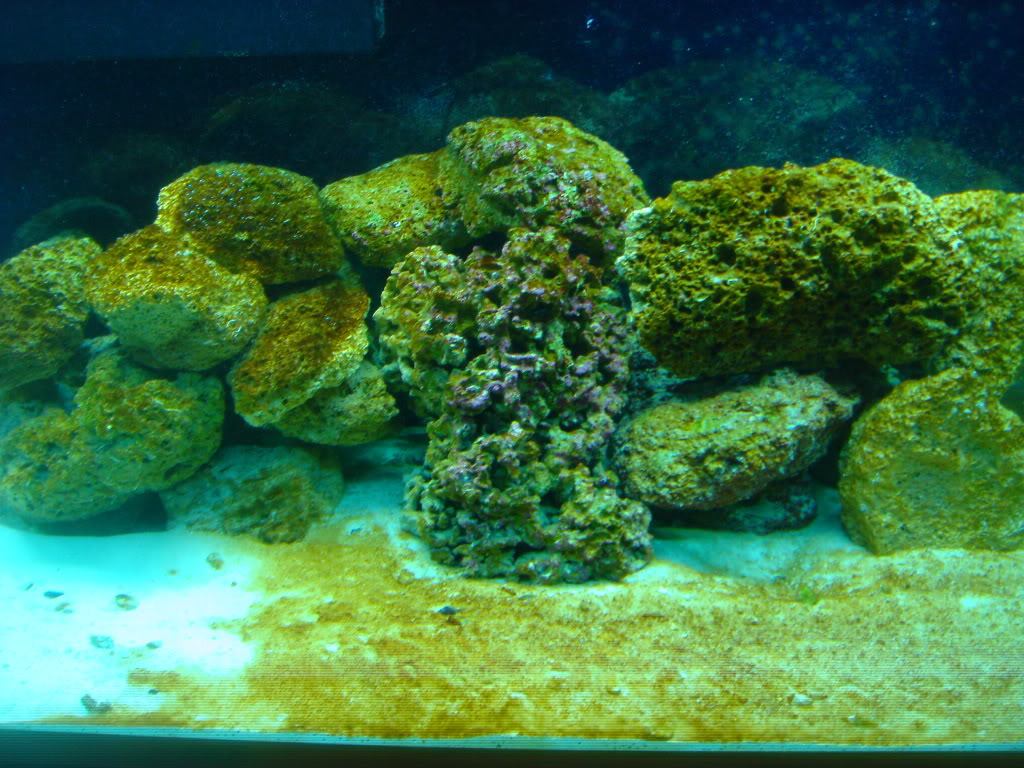 The alga was the first plant life on the planet earth. It was “born” at least 3 billion years ago and presently consists of two types of algae; Microalgae and Macroalgae.

Algae is a general term for phylogenetically unrelated organisms that utilize photosynthesis and/or possess plastids. They are remarkably diverse and range from solitary cells to complex multicellular forms 200 feet in length or more.

Various forms of algae are the producers at the bottom of the food chain in the oceans.

It has been estimated that between 200,000 and 800,000 species of microalgae exist, of which approximately 50,000 species have been described. Over 15,000 individual compounds have been identified in microalgae masses. Most of these microalgae species produce unique products like antioxidants, carotenoids, fatty acids, polymers, toxins, sterols, enzymes, and peptides which are used in products that we use every day.

Microalgae or microphytes are typically found in bodies of freshwater and saltwater. Microalgae consist of microscopic single cells or groups (colonies) of connected single cells to form a single mass.

Microalgae and Macroalgae produce their own food through photosynthesis (utilizing sunlight and chlorophyll in the case of the blue-green algae), in-taking carbon dioxide producing about one-half of the oxygen on earth as a result.

Macroalgae is defined as: large

aquatic photosynthetic plants that can be seen without the aid of a microscope. Macroalgae come in many colors including green, red, brown, and blue, as well as in a variety of forms – some growing tall, with others growing as mats.

The most familiar types can be generally divided into three groups: Green, (Chlorophyta), (Red Rhodophyta), and Brown-Kelps (Phaeophyta – related to Chromista). Many different marine macroalgae are cultivated (aquacultured) for a variety of uses.

Some of the most popular decorative types of macroalgae in the green algae Chlorophyta group are Caulerpa and Valonia (Bubble), and calcareous forms such as the Halimeda, Rhipocephalus and Penicillus species.

Many species of microalgae that aquarists deal with in marine aquariums are considered a nuisance, the most common ones being Green Hair Algae or Green Slime Algae and Red Slime “Algae”, which isn’t really an alga at all (see below). Green Hair Algae consumes Nitrates (NO3) and Phosphates (PO4), which is actually a good thing in a saltwater aquarium. If the nitrates and phosphates in an aquarium can be reduced to a minimum it will inhibit the growth of the Green Hair Algae. There are also natural consumers of Green Hair Algae. The reef tank safe Lawnmower Blenny (Salarias fasciatus) (also known as the Algae Blenny, Jeweled Rockskipper Blenny, Jeweled Blenny or Rock Blenny) is well known for consuming large quantities of algae and is a great addition to almost any marine aquarium.

There are a number of nuisance “algae” frequently found in marine aquariums which aren’t really true algae. Red Slime Algae is one of the most common culprits. Red Slime Algae is actually classified as cyanobacteria. Often considered to be the evolutionary link between bacteria and algae, cyanobacteria are one of the oldest forms of life on earth and date back at least 3.5 billion years. These organisms produce oxygen as a byproduct of photosynthesis, and scientists believe that if it weren’t for this microscopic organism, there would be no blue skies on Earth.

While there are few natural remedies for Red Slime Algae outbreaks (the Left-Handed or Dwarf Zebra Hermit Crab has been known to peck away at it in an aquarium) and proper aquarium hygiene seems to have an effect on prevention, the only reliable cure, once you experience an outbreak, seems to be chemical additives such as those found in Top Red Slime Algae Removers.

Another common nuisance “alga” found in saltwater aquariums that isn’t an alga is Brown or Golden Algae. Referred to as microalgae, Brown or Golden Algae is actually not an alga at all, but diatoms. What you are actually seeing in your tank are diatom skeletons, all linked together. Diatoms are unicellular, eukaryotic phytoplanktons that are encased in a cell wall made of silica.

Macroalgae cultivated in marine aquariums serves 3 different purposes: ornamental, nutrient (NO3, PO4) reduction and fish and invertebrate food. Some of the algae cultivated for human food as well as other purposes include: 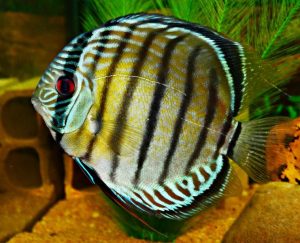 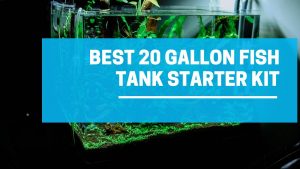 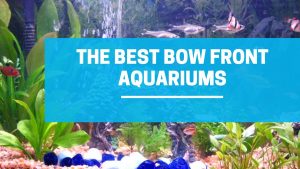 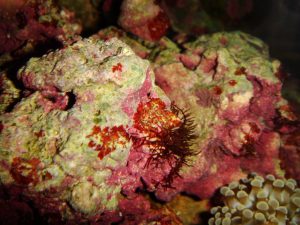 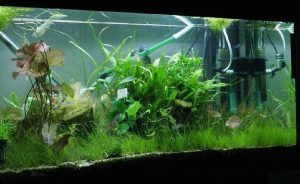 7 Types of Aquarium Filters You Should Know

The 5 Best Nano Aquariums For Your Home or Office 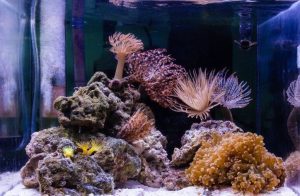 The Definitive Guide To Aquarium Lighting 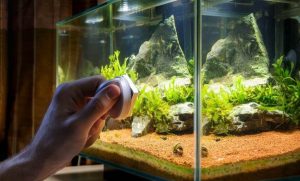 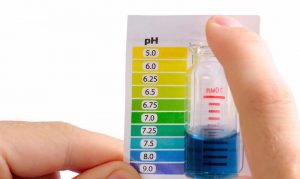 How To Increase Your Aquarium pH – Naturally!