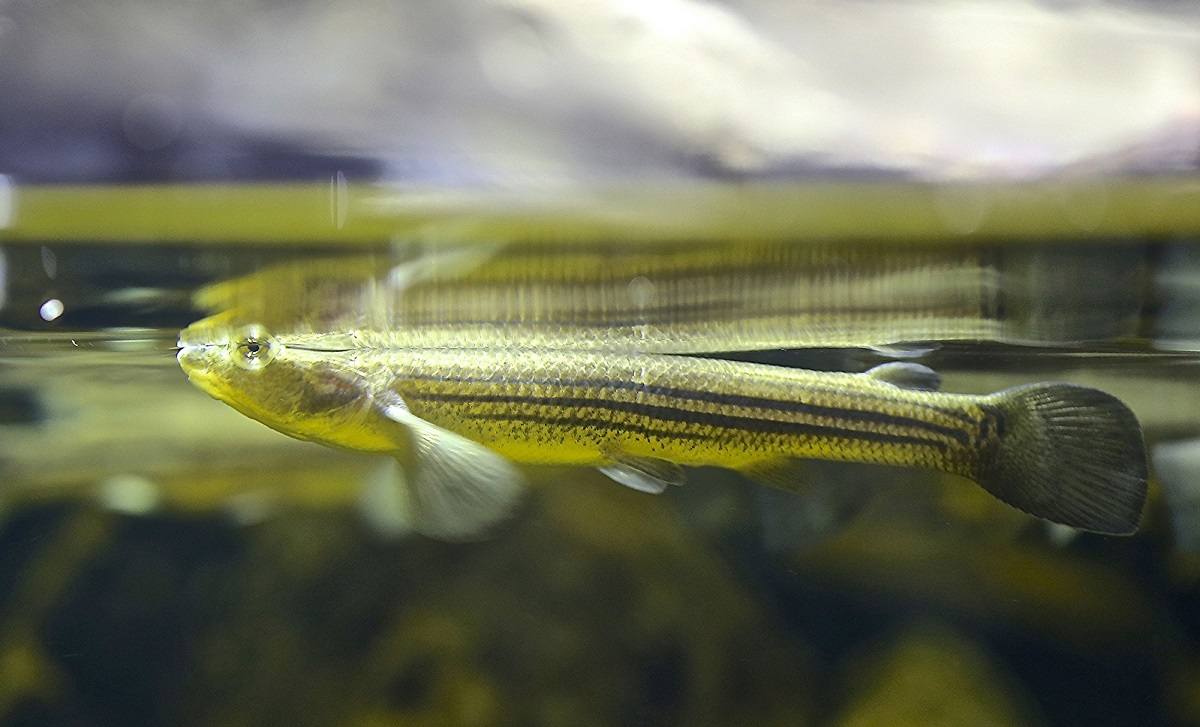 Brackish water aquariums include a critical element in their water chemistry: salt. Many fish keepers find these aquariums challenging, yet rewarding.

A brackish water tank is a unique setup in the aquarium world. In the wild, brackish water occurs when freshwater rivers flow into the ocean. Brackish habitats include estuaries and mangrove swamps and there are also some brackish seas and lakes. Essentially, brackish water exists wherever freshwater and saltwater meet.

In areas where rivers flow into the ocean, salinity (or the amount of salt in the water) will vary depending on the tides. The fish and other creatures that live in the regions are adapted to handle salinity levels that change with the tide and currents. These changes are gradual, however, and a brackish water aquarium should reflect this characteristic.

The sheer multitude of species found in brackish water environments entices many fish owners to set up their own brackish aquarium. Understanding the basic needs of brackish fish, including the water chemistry of the environment is crucial. With some research and a little bit of know-how, brackish water aquariums are a relatively simple project.

Basics of a Brackish Tank

When it comes to setting up a tank, you can treat it like a freshwater tank. Although you can use a power filter, a canister filter is better, because splashing from the power filter can cause salt creep – a build-up of salt when splashing water lands on something other than the inside of the tank.

A heater is a must to maintain the appropriate temperature in the tank. The substrate can be anything, though sand is a popular choice for these tanks. There are some plants that will survive in light brackish water, but most times you are better off with plastic or silk plants.

Most aquarists that keep marine or saltwater aquariums are well aware of the need for strict control of salinity. In brackish water aquariums, however, such precise regulation of salinity or specific gravity is not necessary. Most brackish water fish are accustomed to frequent changes in salinity, just as they would encounter in the wild.

What is most important is that the aquarist properly researches the fish he plans to keep and determine their needs, especially in regards to salinity, food, and water conditions.

You will need either a hydrometer or a refractometer when setting up a brackish water tank. These instruments are used to measure the amount of salt in the water. Typically, a refractometer is recommended over the hydrometer in a saltwater setting to ensure that the tank is very close to the ocean’s salt content. For a brackish tank, a hydrometer will do because the salt level does not need to be precise and can fluctuate a little from water change to water change.

The salinity or specific gravity of the water should typically be situated between 1.010 and 1.015. This value may vary depending on the fish’s needs. Past that the water really becomes closer to saltwater and would benefit from just being raised to full saltwater at 1.025. For reference, 1 cup of salt per 5 gallons of water results approximately in specific gravity of 1.005.

The salt to be used in a brackish water aquarium should be some sort of lab-grade marine salt. Many aquarists will try using “aquarium salt” or rock salt to set up a brackish tank. However, this does not effectively re-create the necessary water conditions that would be found in the wild, since brine water (water made with non-marine salt) is lacking in numerous elements found in marine salt.

Whether performing water changes or setting up a brackish aquarium for the first time, the water and salt solution should be properly mixed in advance. Use a separate bucket or container to mix the water and salt in. Use a powerhead to circulate the water and aid in thoroughly mixing the solution.

Also, make use of a heater to raise the temperature to match that of the aquarium. Make any adjustments to salinity as necessary. It will probably take some practice and trial-and-error attempts before becoming comfortable with the process.

Any new fish to be introduced to the tank needs to be properly acclimated to the salinity, otherwise, there is a significant risk of osmotic shock.

Most brackish water fish found in pet stores are kept in standard freshwater. Before being introduced to the aquarium, place the fish in a separate aquarium or container with the water the fish was sold in. Add a small amount of brackish water from the destination aquarium. Repeat this process every fifteen minutes or so until the majority of the water in the container is brackish (about 60-70 percent). At this point, the fish can be netted out and placed in the aquarium.

Fish should be added slowly over time, and never in large numbers. Be sure to study them carefully for the first few weeks to ensure a steady and healthy adjustment to their new home.

There are quite a few fish that thrive in a brackish environment. Some smaller fish include Figure Eight Puffers and Knight Gobies. Both stay under four inches and do well in salt around 1.005 SG. For the most part, these two will get along and can be kept in a tank together, however, realize that puffers are individuals and while one may tolerate tank mates, another one may not.

Some other puffer options include the Green Spotted Puffer (Dichotomyctere nigroviridis OR Tetraodon nigroviridis) and the Ceylon Puffer (Tetraodon fluviatilis). Both grow up to six inches with the Ceylon puffer typically topping out closer to 8 inches. These puffers do very well in saltwater as adults.

Some unique fish for the brackish tank include Archerfish and Anableps.

Archer fish are skilled insect hunters and capture insects by either jumping out of the water or shooting a stream of water at the insect to knock it into the water. Both Archers and Anableps can grow to around 12 inches in length. They are unique because their eyes are divided so that they can look above and below the water at the same time.

There are quite a few options for fish in the brackish tanks. This type of tank can provide a welcome change from the usual collection of freshwater fish and is a nice stepping stone to saltwater.

Despite the extra care and complex water chemistry associated with brackish water aquariums, they are fairly simple to maintain. There is a rich abundance of brackish fish species available in the hobby, and keeping them can be truly rewarding. With proper research and husbandry, anyone can house and maintain impressive brackish water fish.