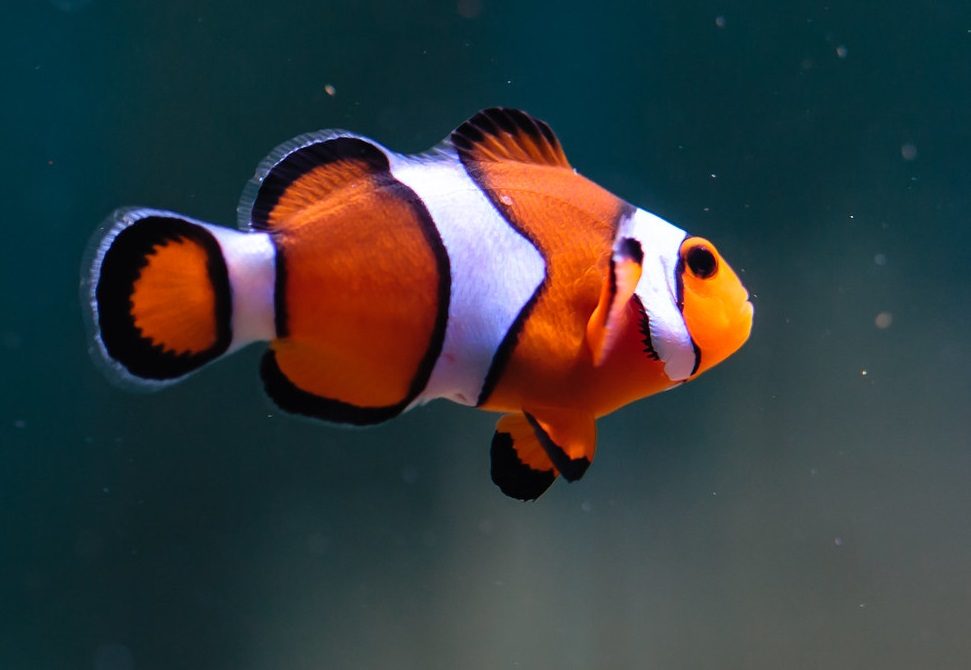 What you don’t know about clownfish will blow your mind.

Ask any four-year-old what their favorite fish is and chances are you’ll get a resounding “Nemo!” for an answer. But it’s not just because of the Disney character Nemo that clownfish became an instant favorite for home aquarium owners.

It’s because clownfish are really great-looking water pets that make any aquarium picture-perfect. And not only that, but they’re also an interesting bunch of creatures with such bizarre characteristics.

Here are 10 mind-blowing facts that you might know about the “Nemo”.

Clownfish are unique because it has the natural ability to change its sex. All clownfish begin life as males and in a group of clownfish, there is usually just one dominant female that produces eggs. When the dominant female dies, one of the males develops into a female through a process called ‘protandry’. This is how clownfish are able to multiply as fast as other sea creatures do even though they are known to be monogamous.

And contrary to popular belief, clownfish rarely clown around. To protect their female, they need to be aggressive and territorial.

They love to live in anemones because it’s one of the few places in the sea that predators and other sea inhabitants don’t dare go closer to. Sea anemones have a poisonous sting that only clownfish and certain damselfish can tolerate. How is this possible? The clownfish have special skin covered with a thick layer of mucus that protects them from the anemone’s sting.

Note that anemones are actually sea animals that look like plants and they would usually prey on unwitting victims by stinging them with poison. As the anemone’s unlikely friend, the clownfish eat whatever is left of its friend’s prey and free the anemone from parasites. This symbiotic relationship allows both the clownfish and anemone to thrive, fend off threats and survive the underwater wild.

Clownfish are also stay-at-home creatures that usually do not hover off to deeper parts because they are poor swimmers. So that explains why Marlin, who wandered into the unknown parts of the sea to look for his son Nemo, earned the admiration of so many creatures.

Now, don’t you think clownfish is really a natural wonder? It’s surprising how such a tiny creature can be so remarkable.

But there’s more about clownfish that makes it a cut above the rest of the sea animals. It exhibits parenting instincts that are different from other water creatures.

When the eggs hatch, the male clownfish will guide the baby fish to float among the currents. By doing this, the clownfish are able to spread out their species widely. The wide distribution of its young fish ensures the survival of the clownfish as a species.

Caring for clownfish as pets

Clownfish are indeed great creatures and you’d want to have this amazing animal as your tank resident. But before heading to the pet store to find one, be sure you’re ready to take on larger responsibilities. Taking care of a clownfish can be both challenging and exciting.

Once you decide to own a clownfish, prepare your tank to make it as similar to the natural environment as possible. Set up a good saltwater tank with ample lighting, a good filtration system, and a sufficient oxygen supply. Research everything you need to know about clownfish.

Don’t try getting anemones to stuff into your aquarium – besides the fact that it is dangerous, it is also unnecessary. Clownfish can actually survive without anemones if given the proper care. Keep the clownfish in a big-capacity tank (at least 30 gallons) with lots of ornaments where the clownfish can hide. Water should be kept at 74 degrees Fahrenheit which is the ideal temperature for clownfish.

Dennis is an experienced aquarist with many years of knowledge and experience in keeping successful tanks. He also has no relations to the pop group Hanson.