How to Get Rid of Cloudy Aquarium Water 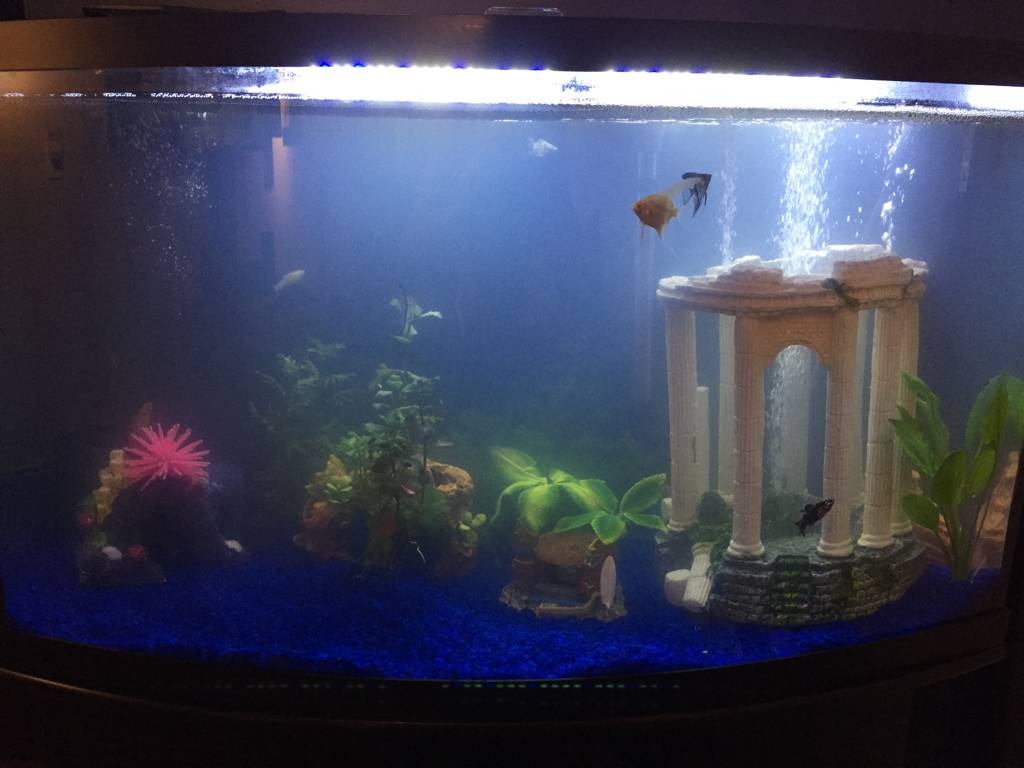 The easiest way to get rid of cloudy aquarium water is for aquarium owners to ask themselves some questions as to what could be causing the problem. This article will deal with white, milky, hazy aquarium water, and not green aquarium water, which is a problem with algae.

How Long Has the Aquarium Been Running?

A fish tank that has been running for less than 6 weeks goes through a cloudy period, often called “new tank syndrome.” New tank syndrome occurs because not enough beneficial bacteria has had a chance to populate the aquarium. Adding water conditioner, beneficial bacterial supplements, and waiting it out (up to a week) are the only things a person can do to cure cloudy water in a new fish tank.

Is Regular Maintenance Being Performed on the Aquarium?

Cloudy water is often caused by a lack of, or improper, routine maintenance. The gravel should be siphoned and the filters should be changed at least once a month. If these actions are not carried out every month, particulate waste matter can build up and disperse throughout the tank, causing an unsightly haze.

Has the Water Been Tested?

Cloudy aquarium water is one of the first signs of ammonia build-up in a fish tank. Ammonia is a waste product of fish, and will kill them if there is too much in a tank. Ammonia build-up usually occurs in new tanks, when there are too many fish in an aquarium, or when regular maintenance has not been carried out. Testing for ammonia will tell if this is what is making the water cloudy.

A change in the ph value of the aquarium is an indicator of too many dissolved constituents in the water (such as ammonia, phosphates, silicates, and heavy metals). Water conditioners that neutralize these constituents, as well as adjust the ph will help clear the water. Regular testing of aquarium water is always a good idea.

How Old is The Gravel?

Even if the gravel of an aquarium is siphoned on a regular basis, it could still be causing the water to go cloudy. After several years, the gravel may begin to dissolve and break down. This could cause particulate matter to flow throughout the tank, and create a haze. New gravel will solve this problem, especially if it is an epoxy covered gravel.

Have any New Ornaments Been Added to the Aquarium?

New items placed in the aquarium can react with the water, altering the ph level, and make the water cloudy. Placing seashells or anything made out of metal can be very harmful to a freshwater aquarium. Only use ornaments that are aquarium safe (from an aquarium store) and not items (like rocks and pieces of wood) found outside.

Can Anything be Added to the Aquarium That Will Clear the Water?

There are chemicals that can be added to clear aquarium water, but these should be used as a last resort. It is always better to get to the root of the problem, rather than just treat the symptoms.

Products like Accu-Clear and Waste Control work by clumping the fine particles clouding the water together. This allows them to be removed by the filter. Extra filter cartridges should be kept on hand, because the extra detrius formed by these products causes filter media to clog up at a much faster rate (2-3 days vs a month).