Without a doubt, the Pixar movie Nemo was a hit and the interest generated in coral reefs was a great thing. However, many well-intentioned parents have been coerced by their pleading children into getting them a ‘Nemo’ aquarium as a result.

While aquariums are a fantastic way for children to learn about aquatic life, a Nemo themed tank is not a realistic goal. This information is not intended to bash the movie Nemo, rather, it is here for educational purposes. Nemo was a great, original and imaginative fantasy film, but we must remember that it was fantasy. Here’s why:

Let’s start with an introduction to the characters found in the aquarium in the movie and learn a little about them.

The Blue Hippo Tang gets very large (easily reaching a foot in length) and requires a 6′ long aquarium to develop properly. Dory technically wasn’t a tank mate in the dentists’ office, but in real life most people want to put her in with a Nemo themed aquarium, so she is being mentioned here.

The Yellow Tang is a fairly robust fish that adapts well to aquarium life. However, once settled into its new home, it usually becomes aggressive to anything that is added to the aquarium. Like most tangs, the Yellow Tang requires a 6′ aquarium to be happy.

Cleaner Shrimp are delicate critters that need very high water quality. This means very good filtration and very regular water changes. They also require an aquarium that has had several months to mature prior to them being added.

Porcupine Puffer fish love to eat shrimp. Porcupine Puffers typically require a 75 gallon tank as a bare minimum with a ton of filtration to keep up with the amount of poop they produce.

The Royal Gramma is a type of basslet fish. It can make a good aquarium inhabitant for a peaceful aquarium.

Damselfish should have been called something different. The word “damsel” implies docility, and the damselfish is anything but docile. They may be cute, but most damselfish become aggressive to the point of killing other tank mates.

The Moorish Idol is an extremely hard fish to keep in captivity. Most of these fish that are taken out of the wild starve to death because they either will not eat, or their diets are missing key components that they need to survive. They require aquariums over 100 gallons and may eat invertebrates like shrimp.

Also not part of the dentist office aquarium in the Nemo film, it is common in real life for people to want to put anemones in their Nemo themed aquaria. The amazing CGI graphics at the beginning of the Nemo film have stirred a fascination for these creatures.

They require a mature aquarium (6 months or older), very strong lighting that cannot be obtained in a standard starter aquarium kit, and they need very high water quality.

What would happen if these things were all put together in the aquarium in the dentists’ office in Finding Nemo?

We would have equipment problems.

The aquarium in the dentists’ office in the film is probably no larger than 20-30 gallons, which would have meant that these creatures would have been practically stacked right on top of one another. The aquarium was far too small, giving people the impression that they can keep a quantity of fish together that require far more room.

There is a small hang on the back filter that would have come as part of an aquarium kit, intended for a lightly-stocked freshwater aquarium. There is no way that so many fish could live in such a small water volume with so little filtration. On the aquarium in the movie, there was no protein skimmer which is a critical part of saltwater filtration. Without it, having an anemone would be next to impossible and shrimp and starfish would be very problematic.

The light on the aquarium was a standard output light that is common on most starter kit aquaria. While these are fine for freshwater or fish only saltwater aquaria, they do not provide the amount of light required for anemones to survive.

The gravel in the aquarium is regular colored gravel used in many freshwater aquariums. Saltwater aquariums require an aragonite-based substrate (gravel) that helps to keep the water at a high pH. Without something to bring up the pH and keep it stable through a process known as buffering, the waste from the fish would have caused the pH to drop and a chain-reaction of death to occur if no intervention was made.

The first to die would be the anemone and the shrimp. As they decayed, they would produce ammonia and further drop the pH. If the lowered pH didn’t kill the remaining fish in the aquarium, they would have suffocated due to ammonia damage to their gills. (Harsh, but true. Wouldn’t you rather read it than learn about it through personal experience? It’s a really common occurrence when an aquarium is purchased and filled with creatures impulsively.)

If the movie were to be played out in reality, if Bubbles (Yellow Tang) and Deb (Damselfish) were already in the aquarium and Nemo (Clownfish) were suddenly dropped in one day, things would not have gone well. Bubbles and Deb would have chased Nemo until he either jumped out of the aquarium or was pinned into a corner and was not allowed to move. If he didn’t die from exhaustion, injury, or fright, he likely would have succumbed to disease because of a weakened immune system as a result of the stress.

Jacques (Cleaner Shrimp) would have long since been lunch for either Bloat (Puffer Fish) or Gill (Moorish Idol). Gurgle (Royal Gramma) would probably have been far too large for Gill to eat but would have been the perfect meal ticket for Bloat.

Peach (Starfish) would probably have starved from having nothing to eat – flake food won’t cut it for this creature. Alternatively, if she were routinely fed frozen fish, the water quality would have been so poor in an aquarium due to under-filtration that she and her tank mates (especially Jacques and the anemone) likely wouldn’t have made it.

So, what if your child still demands to have a Nemo aquarium?

That depends on a lot of factors, but here are some options:

1. Walk the child into an aquarium store and go straight to the freshwater section and try to locate the Mollies and Platys. They are often bright orange in coloration. Many children, especially very young ones, cannot differentiate between a molly and a clownfish. If that doesn’t work, you could try pointing out an albino tiger barb, which has orange-ish coloration and has stripes. (Note: tiger barbs are aggressive, so you won’t be able to throw just any old fish in with them as a tank mate.)

2. Go to your local aquarium store without your child present and discuss what kind of tank size fits both your home and your pocketbook.

There are some smaller (30 gallon range) aquariums that are acceptable for saltwater setups.

You could put clownfish in something that small, but remember that is all that can go in there because of the space that they will defend against other fish.

The next recommended size aquarium is a 75-gallon aquarium. It is a little more than double the volume of the 30 gallons, but it is 4 feet long and could house a few of the Nemo critters together. One could put in a pair of Nemos (Clownfish) and a pair of Gurgles (Royal Grammas).

Provided that the right lighting and filtration were present one could put in an anemone, some corals, and a couple of Jacques (Cleaner Shrimp). This aquarium would be large enough for a few more fish that were not featured in the movie. Remember that it is important to get them in the right order so that there are fewer compatibility problems.

An alternative 75-gallon setup could house Bloat (Porcupine Puffer) and Peach (Chocolate Chip Starfish). There is a couple of other fish that can be added to this mix, but it should really only be a 1-2 fish aquarium because of the size that they will get when fully grown. Remember that these types of aquariums need extra filtration and more frequent water changes are recommended.

The next step up is the 150 gallon, 6′ aquarium. Provided that the appropriate lighting and filtration were present, one could have a pair of Nemos (Clownfish), a pair of Gurgles (Royal Grammas), a few of Jacques (Cleaner Shrimp), an anemone, Dory (Blue Hippo Tang), and Bubbles (Yellow Tang). There could be several other fish that were not featured in the movie, but you should consult with your local fish store to make sure that they will all get along.

Naturally, aquariums can easily exceed 150 gallons and the setups can house some very big fish, but that is a discussion for a different article.

Once you have figured out what suits your home and your budget, bring the child with you to the aquarium store and explain what you will be getting. Remember to emphasize to the child that setting up the aquarium is a process and that not everything will appear overnight.

Having an aquarium in the home can be an amazing way to teach a child about biology, chemistry, and math. It also serves as a motivational topic for them to write about in English class, which helps them develop critical writing skills like expository writing (explains something to the audience using reason and logic), narrative writing (writing about something that has happened or will happen), persuasive writing (which argues a point), and fictional writing – like telling the imaginative and captivating story of Finding Nemo. 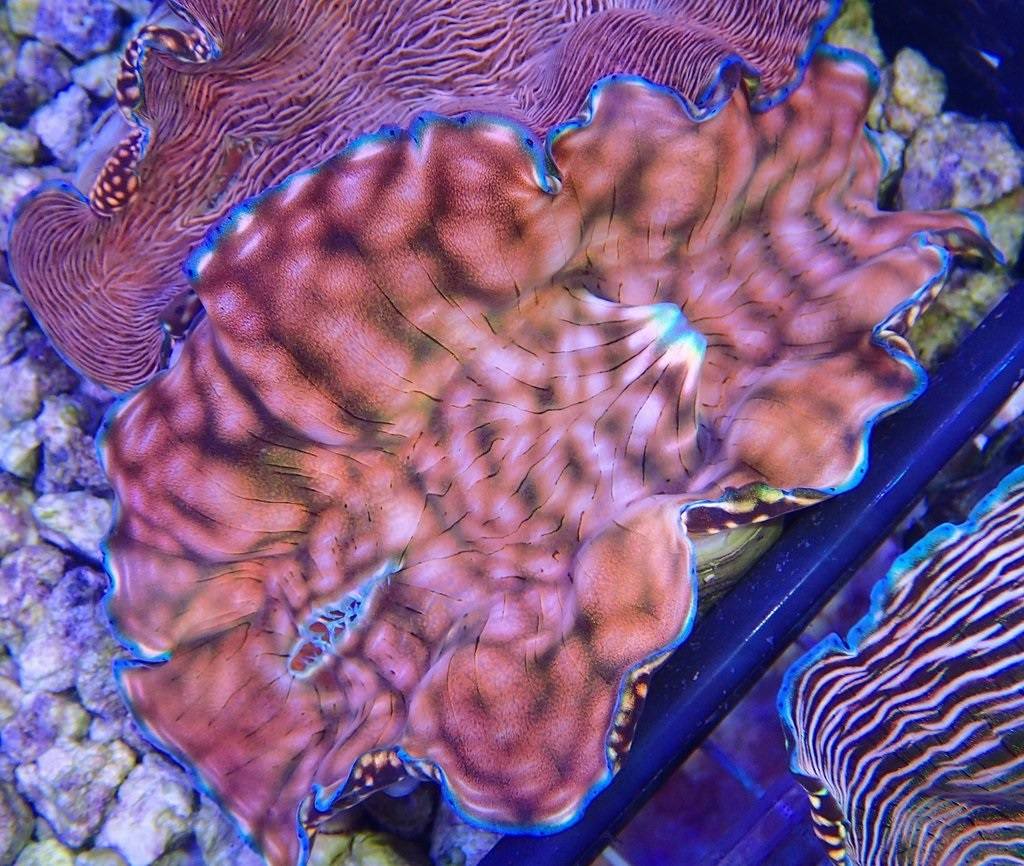 My name is James, and I’m in love with aquariums and fish since I was 12 years old. Back then my dad gave me a goldfish, and it’s been 35 years learning about this fascinating hobby. I’ve had some freshwater aquariums, tried my hand with marine tanks for 10 years, and kept some reefs for a while too. Here in the website I try to share some of my knowledge and experiences on fish keeping.