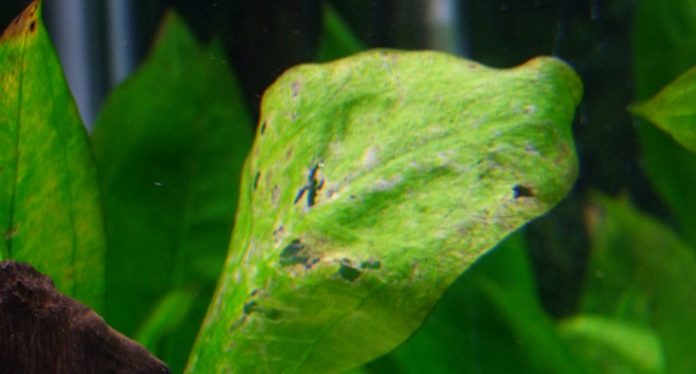 Analyzing plant growth is a good and easy way to determine if a get enough nutrient. When it comes to analyzing nutrient deficiencies, the first step is to look for symptoms. The following is a quick overview of the most common symptoms of deficiencies and is by no means an exhaustive reference of all possible deficiencies.

My favorite substrates for planted tanks

Nutrients can be divided into two groups: mobile and immobile. Plants stock both groups of nutrients to grow.

When mobile nutrients are insufficient, the plant can re-claim the nutrients from old leaves, and move them to produce new leaves. By doing this, older leaves start showing symptoms of deficiency.

When immobile nutrients are insufficient, the plant can’t claim them from old leaves (that’s why we call them immobile) so new leaves grow with symptoms of deficiency.

The faster plants grow, the more nutrient they need. In tanks with low growth, plants will often take 1-2 weeks before to show signs of deficiency. But in high growth tanks, plants might start showing signs of deficiency within a couple of days! The sooner you know about the problem, the better it is and the easiest it is to solve it so even in a high growth tank, you should look at the fastest growing plants to see a deficiency.

++ See here our guide to a healthy planted tank

Each nutrient has its own purpose and there are symptoms of every nutrient deficiency.

#3 Iron deficiency
Greenish nerves and yellowing of the older leaves.

#4 Phosphate deficiency
Yellowing and death patchs on older leaves. The leaves die and falls off rather quickly. (Look similar to early nitrogen deficiency).

Keep in mind that this is not an exact science at all. Some symptoms can point to several different nutrients deficiency and, in some cases, deficiencies of one nutrient can prevent the plant from properly using another nutrient. 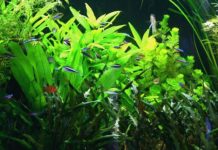 CO2 and Planted Aquariums: Should You Add CO2 to Your Tank? 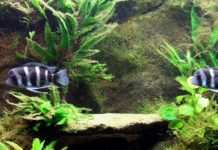 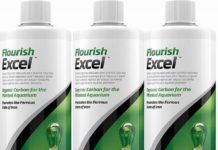 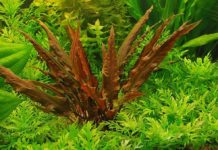 Cryptocoryne: How to Grow Crypts in Your Aquarium 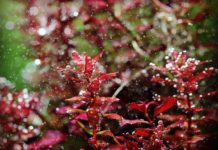 How to Perform Routine Aquarium Maintenance 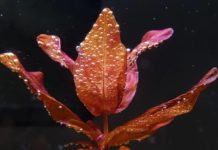 The Red and Beatiful Rotala Macrandra 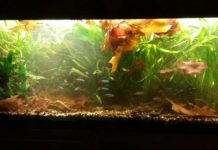 Why are My Aquarium Plants Dying? 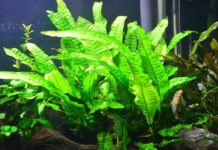 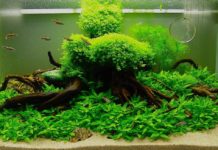 Planting Your Freshwater Aquarium: How to Succeed at Growing Healthy Aquatic Plants